More thought needs to be given to the interaction between parts. What brings assemblages of re- membering together, for example, is not the sum of parts equal to the emergent global persons, integrated wholes, or systems of subjectivity but rather are the relations established between component parts that are detachable. (Sampson, 2016: 148)

I’ve been reading Tony Sampson’s ‘Assemblage Brain’ and I’ve found some of the ideas developed in the book relevant to the theoretical side of our project. Namely, Sampson’s discussion about the role of often detachable non-brain body parts in the way in which we make sense of the world - like all the thumbs scrolling touchscreens. In this post I’d like to outline a number of these and elaborate on them in the context of our project. 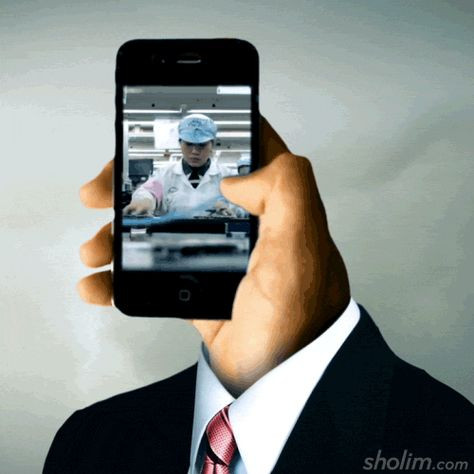 In his book ‘Assemblage Brain’ Tony Sampson ‘develops a radical critical theory concerned with the expansion of a neurocentric world into all corners of cultural, social, political, and economic life’ (p.ix); so-called neuroculture. As the title might suggest, in this book Sampson rethinks conceptions of the brain in a way that moves away from the by now almost ubiquitous neuroscientific locationist models. He explores processes of the brain’s objectification, which are inherently political. For example, managerial efforts in better grasping the brain for the purpose of efficiency, or research in domains like Human Computer Interaction (HCI). He also explores the forms of subjectivity that emerge in this state of neurocapitalism.

To propose an alternative, Sampson builds on Henri Bergson’s antilocationism. He discusses ways in which the centrality of the brain in sense-making can be challenged, as well as its limitations - like a heavy focus on rational science. In this light, the popular computer-mind metaphor for example, does not allow us to make sense of brain-environment and brain-body encounters.

Although the emotional turn in brain sciences, or the materialist approach more generally, has challenged the dominance of rationalism in understanding the brain, these positions still remain inherently loyal to its centrality. In moving beyond this, a part of Sampson’s interest lies in the brain-somatic relation and its relation to the world; an issue that we have been exploring through the lense of the virtual world of video games.

In the next sections I will discuss points raised in the book that address the role of non-brain body parts in constituting the ‘assemblage brain’. While Sampson’s focus is, obviously, directed towards what this means for brains, I am more interested in using these insights for thinking specifically about the body parts themselves - and by extension, the limbs in our game.

Sampson’s central argument is that the stuff our subjectivity emerges from cannot be located in the brain alone, nor should we assume that the brain plays some overseeing or all-encompassing role in the process. Our scrolling thumbs are one example of this.

‘Forget the utopias of cognitive prostheses or collective brain ecologies; as Gary Genosko cannily points out, “the digital world is well on the way to becoming all about thumbs.”’ (p.119)

With new body-oriented technologies like wearables, body parts other than the can directly participate in influencing digital in and outputs.

If we acknowledge that our subjectivity is made up of more than only conscious, cognitive processes, thumbs can be seen as one of the many parts contributing to the nonconscious. Just as the emotional/affective turn would suggest that emotional states and subconscious processes influence what we make of ourselves and the world around us, a thumb can be thought to do the same - as long as we don’t view our subjectivity as locked inside the brain.

Thumbs simply do their role in sense-making otherwise; they make haptic, rather than cognitive associations. The same can be said for other non-brain body parts. Sampson suggests we view these as microbrains, which together add up to the formation of our subjectivity - our protosubjectivity.

An Assemblage of thinking limbs

Limbs, like most other non-brain body parts are detachable. We can think on without them. And we can think about them without them too, or even feel phantom traces of limbs once lost. This detachability does not necessarily mean that limbs are unthinking though.

What if it’s the limbs that imprinted themselves in the brain in the first place?

Thinking tends to be attributed to the whole rather than to the parts. But body parts may have minds of their own; the illusion that limb perception is located in the brain may just as well have originated in the limbs themselves. With this, Sampson suggests that non-brain body parts form a ‘collective nonconsciousness’. Imagine all the thumbs scrolling simultaneously.

Attaching and detaching in this context does not need to be literal. Different parts are engaged and thinking during different activities. They engage and disengage depending on the task, forming a part of a thinking assemblage. This assemblage is multiple and non-locatable. To Sampson this is a way to move from a human-centric perspective towards the question of ‘how matter becomes able to make sense of the world’ (p.121).

To me this is also a way to think about the attach- and detach-ability of the limbs in our game concept. Individual, or alternate configurations of limbs can be thought of as thinking without a brain attached.

This discussion does not necessarily have direct formal implications for our game or final product, but it does give us a way to think about attaching and detaching limbs that goes beyond amputation or accident. A way to understand the attaching and detaching that to a certain extent perhaps already takes place in our own bodies, as we start, stop and restart scrolling for example.

In one of our mini projects we thought of a game in which the player is rediscovering a world of an alien species with distributed cognition, the Planet of Zentra. This was the outcome of an exercise in which we were trying to think of a narrative that would justify - as much as a game narrative needs justification - the motivation behind detaching and attaching limbs. For this we imagined a distributed brain quite literally; through the distribution on neural matter across the body. Acknowledging though that sense-making need not be cognitive, perhaps there’s no need to infuse the already sensing limbs with brain tissue. It might be worth thinking about the sensing that they already do.