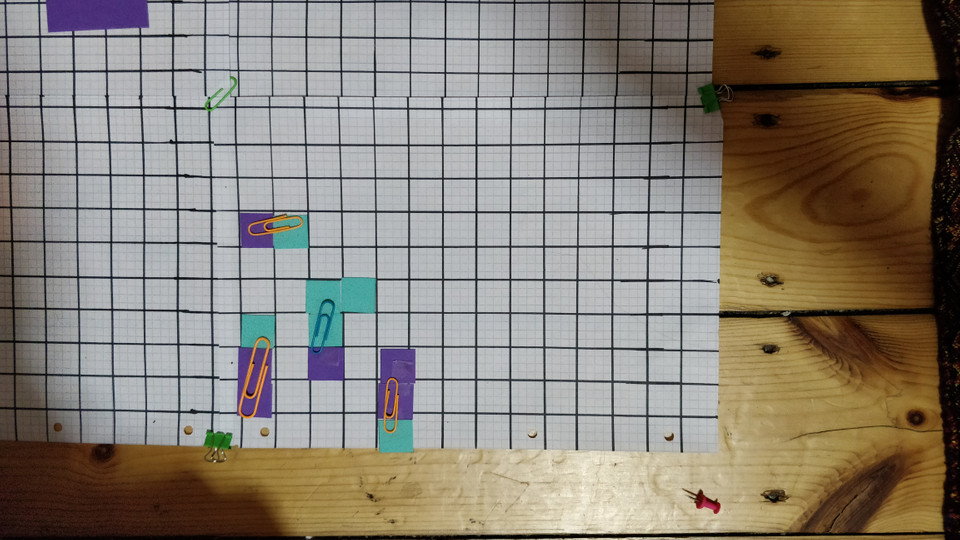 Today, as part of our preparation for a game-playing sessions with the full team (Alex, Roel, Jae), we created a table-top strategy game.

As yesterday we looked at ideas of movement we wanted to use today to think around ideas of subtraction or sacrifice. We thought something along the lines of starting with a piece of paper and cutting out pieces should increase complexity.

If you take a piece of paper and make concave cuts it increases the perimeter. Increasing it's exposure to the environment. Conversely if you make convex cuts along the edges, you end up approximating a circle. Having the lowest perimeter with the highest surface area means a circle, by our measure, is the least exposed to the environment.

We took inspiration from the "grid" game Jae used to play in long car trips in Australia. Where you essentially race to draw enclosing squares on a grid to capture areas. We also looked at Agar.io, the idea that consumption somehow hinders you. And the ideas of centralised control, whereby our brains cascade movement in to our limbs. 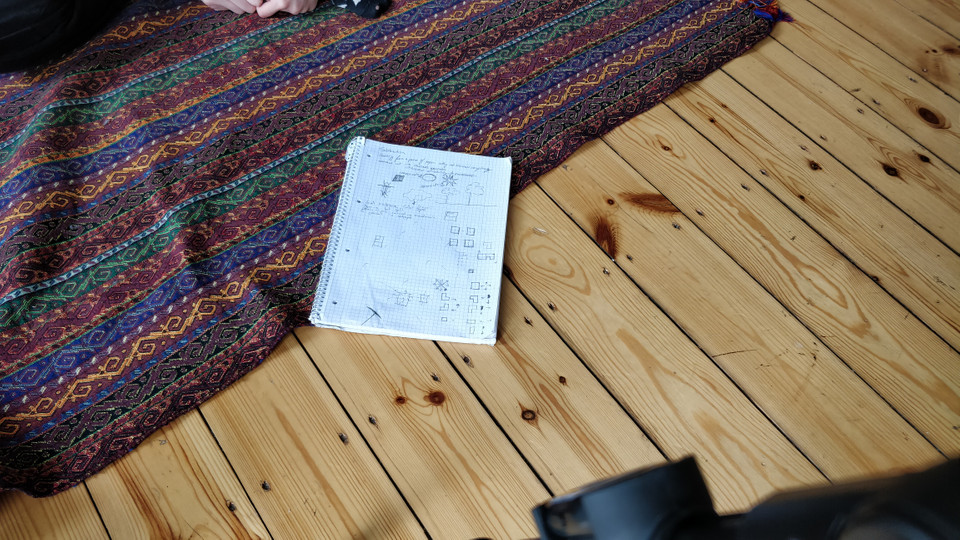 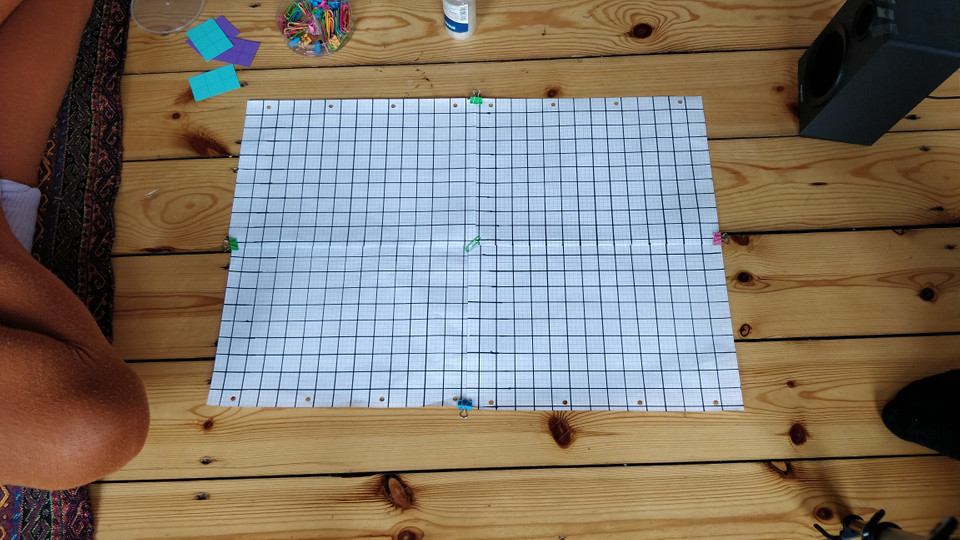 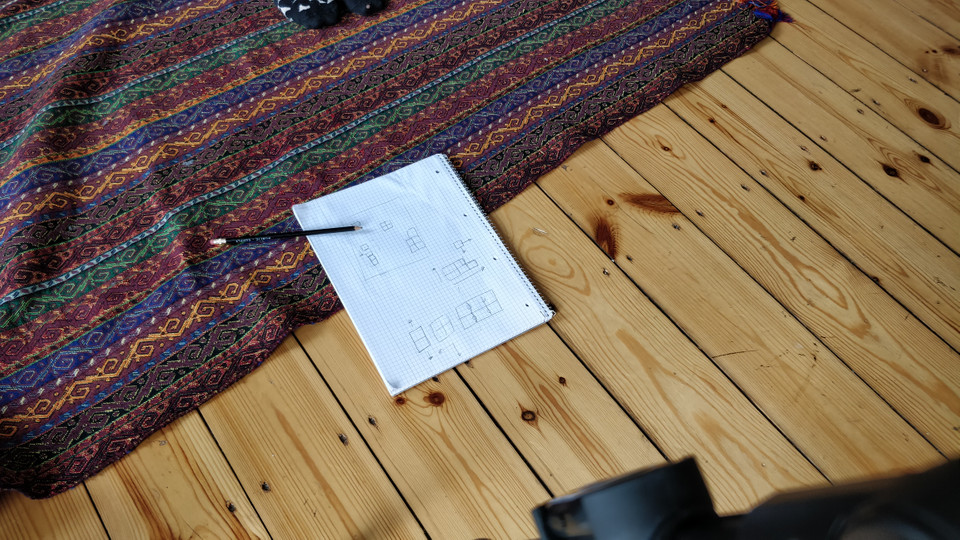 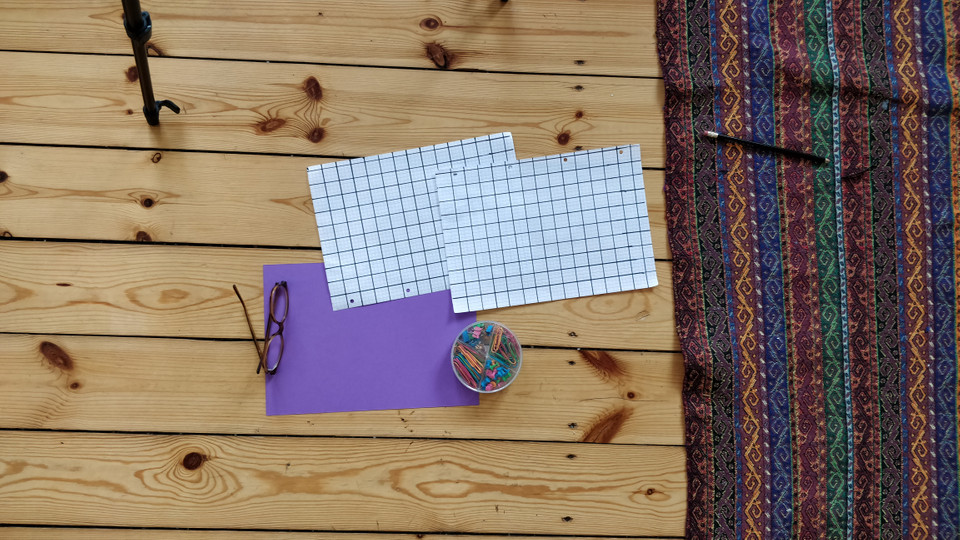 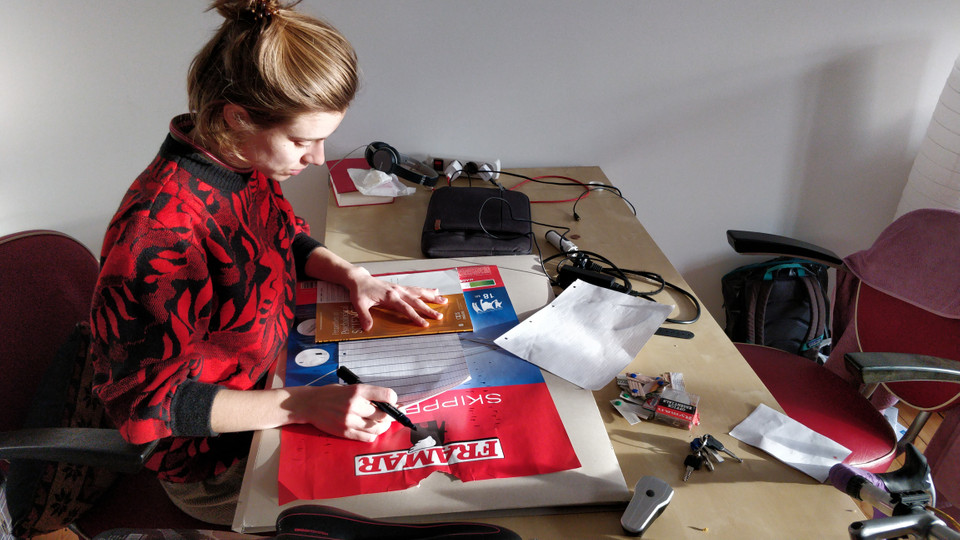