For now we see it as a simple interface. A hair-growing skin surface fills your device screen. Swiping a small arrow in the bottom left corner, a bottom aligned banner slides out, through which you can navigate to customise, share or get more information. We imagined customisation as being limited to changing the colour of the skin and hair. This would be done using a set of sliders, meaning that any colour could be selected; we thought using HSL would be most intuitive. For sharing we thought it would be worthwhile exploring native sharing options further rather than remaking our own. Further information would be displayed full-screen. All pop-up menus could be closed with a button in the top right corner, but also through simply tapping on any visible skin.

Although we briefly considered using a menu to select hair removal tools too, we decided that it would be more interesting if this could be determined through gestures:

The tool assets themselves would appear on screen at touch, but only start removing hair with dragging. As an alternative we thought that the tools themselves could only appear once a dragging movement is started, in order to avoid flickering between, for example, a razor and waxing strip as you alternate between having one and two fingers on the screen. In our storyboarding session we thought that the first, flickering version could be a suited effect for the game, but some more prototyping would help us determine this. 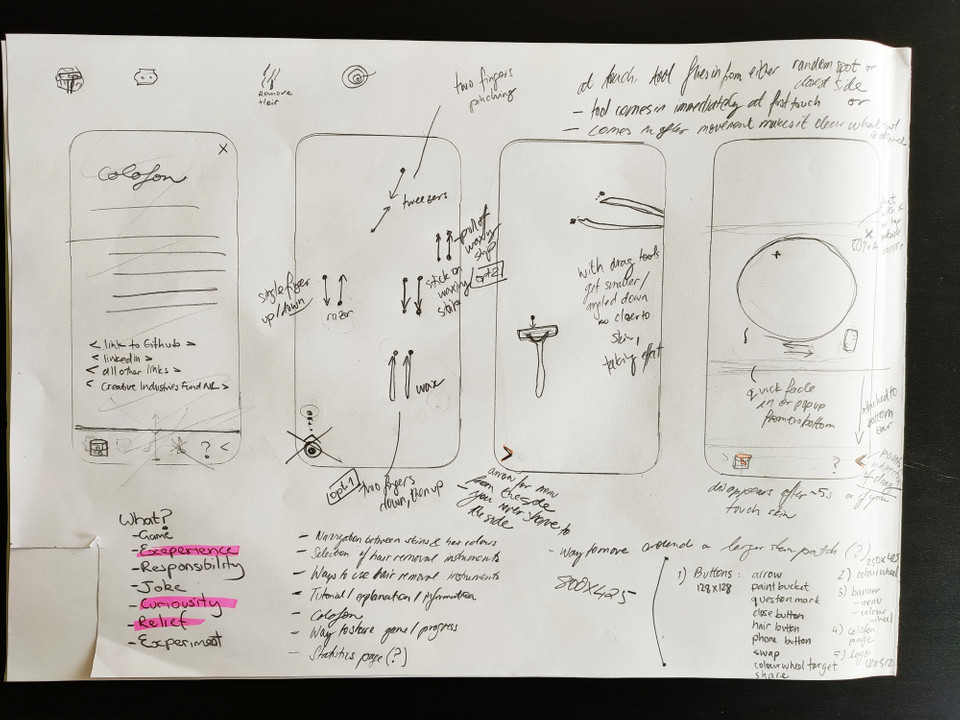