During our first design session earlier this month, we spent a considerable chunk of our time playing and rethinking our move-split-stick-flip game prototype. Soon after we also tested the game out with some friends.

Our original criticism of the game - equally relevant after a few rounds of the game - was that the game can become too 'strategic'. The restricted number of options in a move make it such that you can just about imagine and anticipate all your opponents' next move(s). But the thinking involved takes time and quite quickly the pace of the game slows down. This issue of slowness is a matter of taste and mood; in some situations it may not be an issue at all. Nonetheless, we agreed that exploring variations that would lend themselves to more dynamism would be interesting.

So far we tested two variations on the game.

Adding this rule made the game progress much faster. Previously each player could make a single move on each turn irrespective of how many pieces they could potentially move on the board. This modification was seen as both, a means to speed up the game and a way to encourage players to split - so a way to encourage the subtraction mechanism that we had come up with for this game.

In practice, the strategy that this led to was splitting off several 1x1 pieces to boost the number of moves per turn, but not necessarily engaging them in the gameplay that much beyond this function. Overall the rule made the game move faster and led to a quick finish once a player got to the position of securing themselves a relatively large number of moves in their turn. This succeeded in speeding things up, but on the downside it also announced the winner somewhat prematurely; once someone got an advantage in the number of moves they could make, dodging defeat became near to impossible for the other players. In the original version of the game, a seemingly small game piece could still pose a threat to the others, thereby staying involved and engaged for longer. 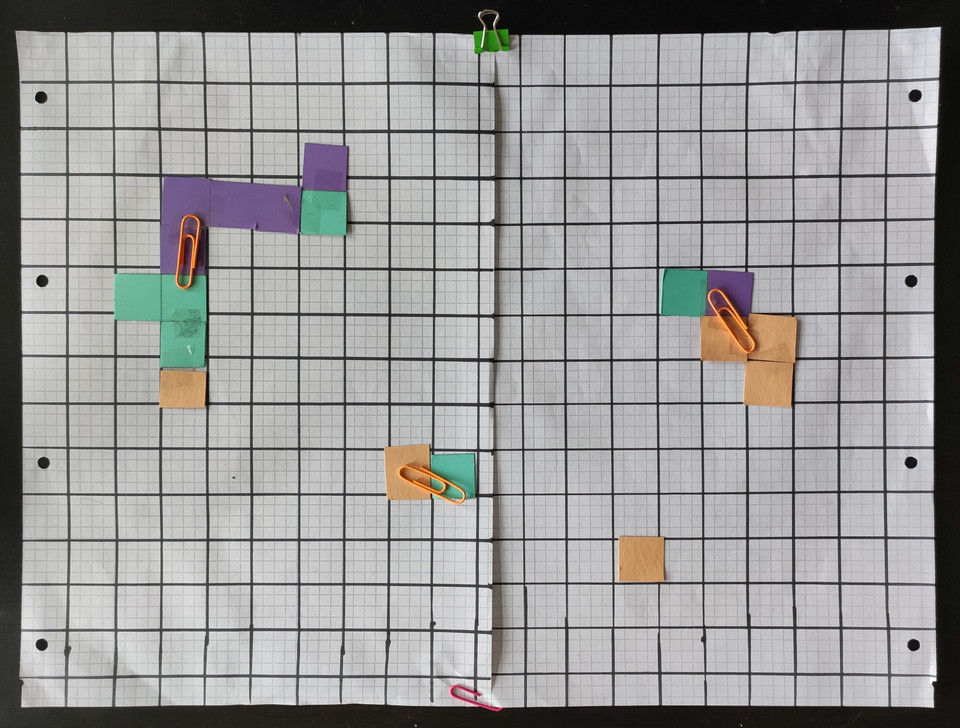 We found that this rule was worth keeping in mind but not necessarily an improvement on the first iteration of the game. When playing the original version of the game with 4 players on a Thursday evening, we did decide to switch to this multi-move version as it was getting late and an end to the game seemed to be nowhere near. Implemented halfway through, this immediately eliminated certain players (me), but it did move things along.

Pieces can be moved any number of units vertically/ horizontally across the board up to their length/ width (so a piece with a width of 3 units can move 1, 2 or 3 units across)

This modification did not necessarily make the beginning of the game more dynamic, but led to a more or less quick finish after a first (larger) stick. With this rule large shapes were at an advantage, so it undermined our initial interest in promoting splitting in the game. To split was now only a matter of necessity in order to stick. We quickly concluded that this was not a variation that would make the game more interesting.

Other ideas for possible alterations 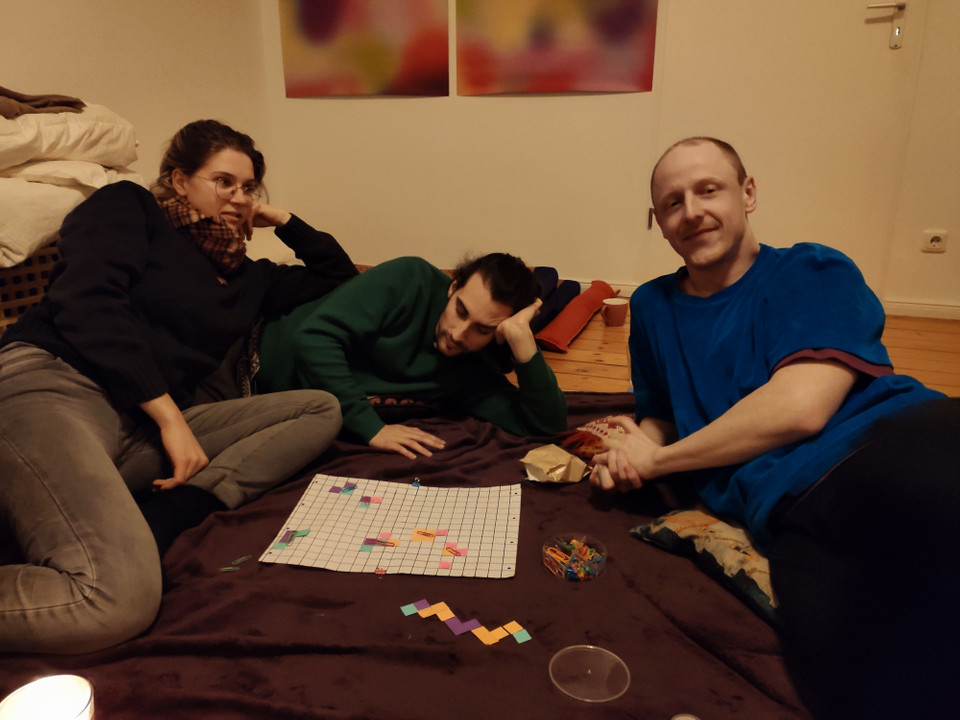