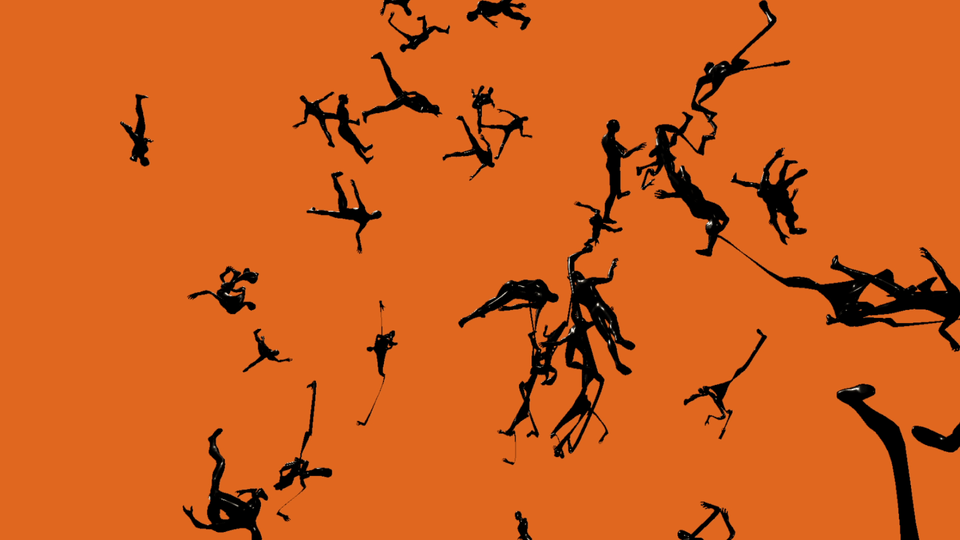 Over the past two weeks we have been exploring death in video games; points of dying and killing being moments of confrontation with the materiality of virtual bodies. Two posts presenting some of our research on this topic can be found here and here.

Death is a form of subtraction. In real life a person disappears from our lives, and depending on how close we once were to them, we may displace our interactions and memories we once shared into another, more accessible, place or thing (or a number of them). The weight and impact of the event is scaled by association. In the virtual world, death is often a means to success or even the goal of gameplay itself. Sidestepping the moralistic side of this, we find it interesting to see how seamlessly a (game) death is pushed out of sight. Where do the bodies go?

Millions of people are gaming online at any given time.

Just last week CS:GO, an FPS game, reached a record peak of 1.1 million concurrent players, and currently averages at around 630,000.

Breaking this down, an average game lasts 60 minutes, in which two teams play 15 rounds (first to 8 winning rounds). Each team consists of 10 players.

So then we have 63,000 games of 15 rounds of approx 15 deaths per round, per hour. This equates to 14,175,000 deaths per hour. To give you an idea of scale, that is around two thousand more than real people dying worldwide - and that’s in CS:GO alone.